“His smile is beautiful and He has the softest, most disarming bluish-green eyes” Dan continued as he shared more of his visitation to heaven and hell with me. His account begins in Dan’s Visit to Heaven (Part 1).  “I was in third grade when this happened yet I remember Jesus’s face clearly. Then recently, I saw the movie Heaven Is for Real. They flashed the Prince of Peace painting by Akiane Kramarik onscreen. I nearly fell from my theatre chair. ‘That’s Him!’ He has the same full nose and lips. He is bearded with full, natural, wavy brown hair.”

Akiane on The Katie Couric Show

Every Christian wonders what Jesus looks like. We believe that He exists by faith as we pray to a God that we have never seen. But as time proceeds and we get closer to His return, the Lord in His infinite mercy is allowing us glimpses of His eternal Kingdom. Dan’s account is one of these glimpses.

Many Have Seen Heaven 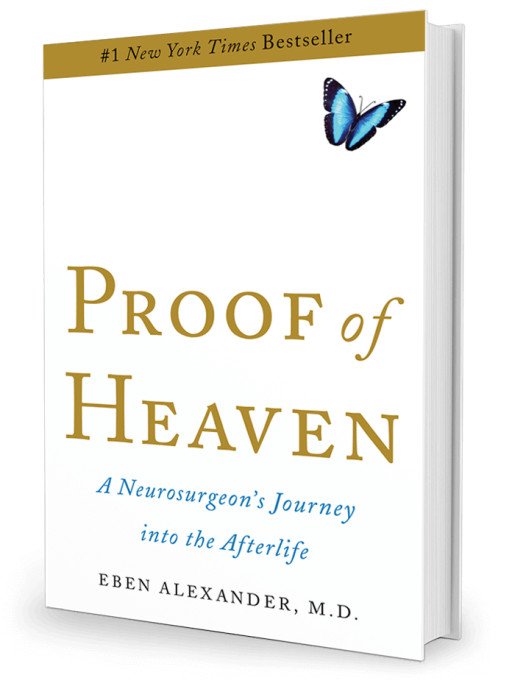 Numerous books and videos exist of people who have experienced NDEs (near-death experiences) and returned to share what they saw and felt. A simple Google search yielded 25,000,000 results! My favorite book on this topic that I’ll shamelessly endorse is Dr. Eben Alexander’s  Proof of Heaven. The retired neurosurgeon who went into a coma from bacterial meningitis writes that the brain does not create consciousness, which survives bodily death. It’s a fascinating read!

While near-death experiences are numerous, it is my assumption that visitations are less so. Scripture explains a visitation as “because you did not come progressively to recognize and know and understand [from observation and experience] the time of your visitation [that is, when God was visiting you, the time in which God showed Himself gracious toward you and offered you salvation through Christ].” (Luke 19:44 AMPC)

Old Testament prophets Isaiah and Ezekiel and New Testament apostles Paul and John all had visions of God (Isaiah 6, Ezekiel 1 and 10, Revelation 4-6). All of them focused properly on God’s glory. They also mentioned their own fear and shame in the presence of such glory.

Biblical scholar John MacArthur advises believers against giving credibility to accounts like Dan’s, “Indeed, we are forbidden in all spiritual matters to go beyond what is written (1 Corinthians 4:6). See Are Visits to Heaven for Real?  I respectfully disagree with Dr. MacArthur because so many facets of Dan’s account line up with scripture and it properly focuses on the transcendent glory of God, His holiness and righteousness. (Side note: It takes courage to contradict such a prolific author, yet I am bravely standing by my belief in supernatural encounters IF they align with God’s Word.)

More on Dan’s Visit with Jesus

I have paraphrased my conversation with Dan so quotations are excluded. He explained that Jesus wore sandals with an inner robe and outer robe. The fabric of His robe was more humbly constructed than what the angels wore (see part one). The material appeared rougher than the angel’s soft tunics.

My eight-year-old mind wandered as He spoke. I noticed He was staring into the distance so I took the opportunity to look closely at His wrist. When He gesticulated, I noticed the scar on His wrist. It is larger than a dime, yet smaller than a nickel. A dark pink, kind of purplish scar of gnarled flesh is how it appeared to me. He kept talking, so I glanced at His sandals. He adjusted His foot so I could see the top. There was a scar there as well!

Jesus referred to Himself frequently in the third person as The Son of Man (over 200 references in the Bible). He used simple language and talked about wisdom and righteousness. It was like reading the book of Proverbs listening to Him speak. Although Jesus used simple language, it was deep and sometimes hard for me to follow.

Hearing this, I got down on my knees. I got really low and made sure I was lower than Him. The first lesson He taught me was about righteousness. He asked me simple questions about a topic. The way He taught was like a ladder, one rung at a time. He made sure I understood a concept, then He would build on it.

Maybe you are skeptical of this post about a child visiting a realm outside earth and returning to discuss it. Consider the aforementioned references to Colton Burpo and Akiane Kramarik, two others who had similar encounters as children. These three all describe Jesus’ appearance in the same way. That is striking to me!

Come back next week to read the second lesson Jesus gave Dan, plus more insights into prayer, blessings and ongoing relationship.

What emotion did Dan’s encounter evoke in you? Let’s talk! Kindly share this post to encourage others and help get the word out in anticipation of Dan’s upcoming book. Thanks!