Today is Sunday, December 22, 2019 – three days before Christmas. I woke up refreshed after a full night’s sleep (can I get a witness?), yet not excited about the holiday. Why? Because this year is different. No kids or grandkids coming over for our usual Christmas Eve dinner and […] 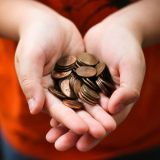 Originally posted on Kindred:
I have always loved presents. As the youngest of four kids and the daughter of a pastor, getting something new—not second-hand, slightly-used, or hand-me-down—delighted me to the core. But as the last of the sibling pack, it was ONLY on my birthday or at Christmas that… 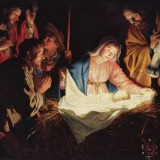 Originally posted on Kathryne Leach:
God became flesh so that I could become spirit. My pastor, Tim Franklin, Ph.D. spoke this phrase during a December 2013 sermon. This truth struck me like an arrow. Simple, yet profound. The mystery of the incarnation boiled down to 9 words. And the Word…

Mary’s Diary Entry: 1 AD in the month of Tishrei–
Our son was born today- finally! At times, it seemed this day would never arrive.

I replay the events of today in my mind, over and over, recalling the pain of my labor, the anxiety of wondering if we’d ever find a place to have this baby, then smiling at how it all turned out. My emotions were all over the place! Worried, tired and cranky on that donkey for so long, yet excited knowing I’d soon give birth. My body told me it would be soon.

But then I held him.

Originally posted on thinking worship:
This morning at Columbia Bible College’s final chapel service of the semester I was given the opportunity to share a little bit, taking inspiration from a Christmas blog I wrote last year called Merry Imperfect Christmas. So this is a re-visitation of a concept that… 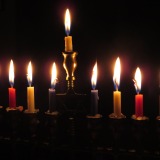 Hanukkah or Chanukah — the eight-day festival of light that begins on the eve of the 25th of the Jewish month of Kislev — celebrates the triumph of light over darkness, of purity over adulteration, of spirituality over materiality. These eight devotions on the subject of light were written in […]

God became flesh so that I could become spirit. My pastor, Tim Franklin, Ph.D. spoke this phrase during a December 2013 sermon. This truth struck me like an arrow. Simple, yet profound. The mystery of the incarnation boiled down to nine evergreen words. And the Word became flesh and dwelt […] 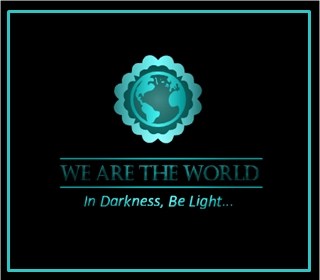